There were about 30 attendees at the "Heirloom Show and Tell" program on 30 November.

After electing the President (Ceasar Castro), First Vice President - Programs (Virginia Taylor), Second Vice President -Membership (Karen Smith), Secretary (Karen Yarger) and Treasurer (Sam Seat) for the 2017-2018 years, Jane Strawn introduced the ten presenters of their heirlooms one at a time, with slides on the screen showing the treasures.

The heirloom presenters and their heirloom treasures were:

1)  Patricia Diane Godinez brought samples of and described her Desert Rose china collection, with the screen photo showing part of her collection. 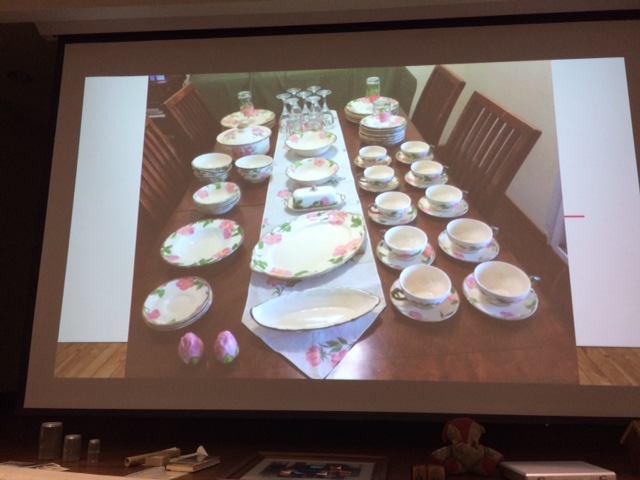 2)  Hazel Radtke brought her mother's glass spice canisters and told of her Hoosier cabinet from the 1920s. 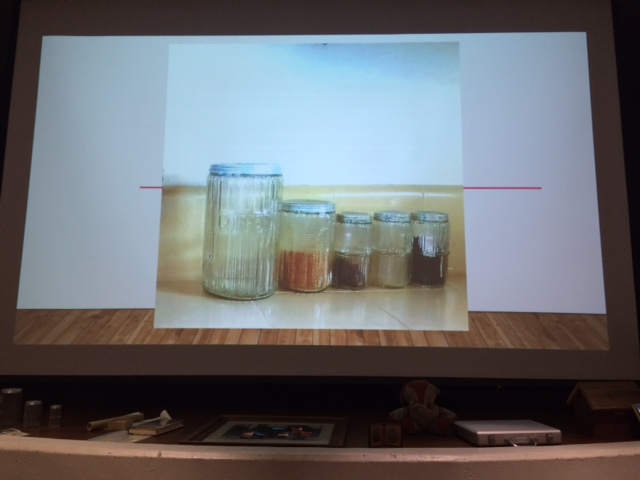 3)  Tameron Hodges talked about her great-uncle, Frank Hodges who was a "dirty" Los Angeles police detective from the 1930's.  She has his badge. 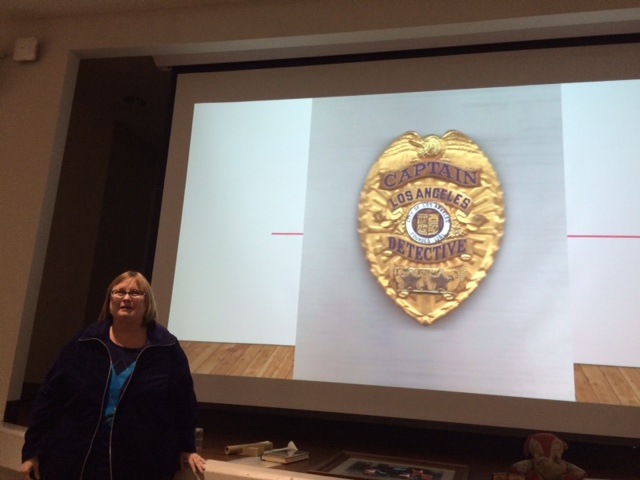 4)  Karen Yarger had photos of her Hepplewhite Pembroke table, made in 1790 and passed down from her Geoghegan and Dill families, which was too large to bring in, but photos showed the lovely satinwood inlays – and Gary Brock provided some interesting woodworking facts. 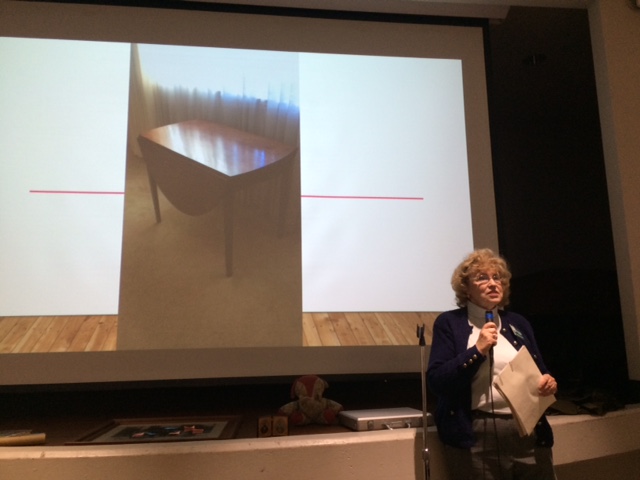 5)  Linda Seaver shared a portrait of her great grandfather’s McKnew family in front of their home just after the 1906 San Francisco earthquake.  Randy provided some family background. 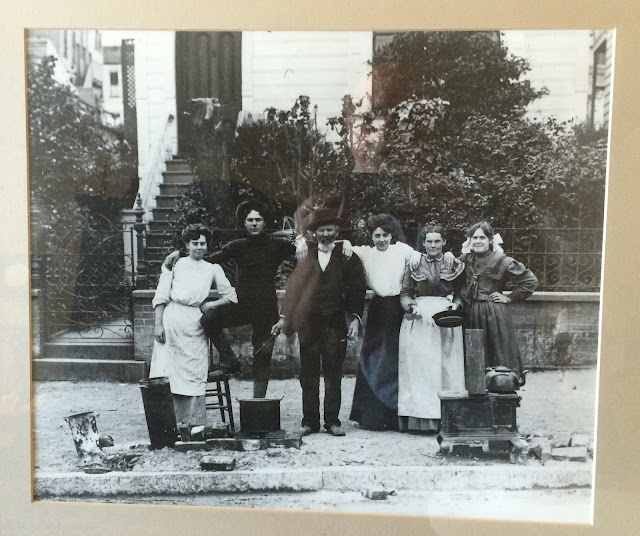 6)  Randy Seaver displayed a handsome ‘Union Case’ from the 1860’s, containing ambrotype portraits of his ancestors Isaac and Lucretia Seaver.  Isaac was a Civil War soldier. 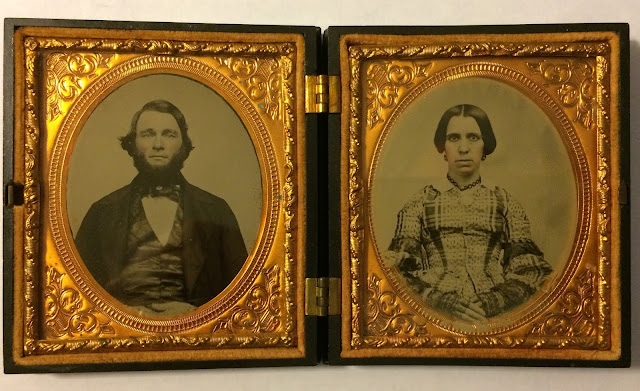 7)  Virginia Taylor brought an elephant toy/doll, – it started her on a lifetime elephant collection (she has over 500!). 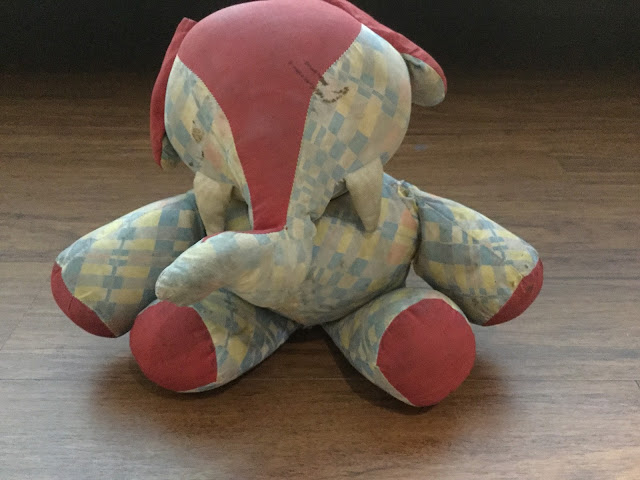 8)  Ceasar Castro brought his cell phone collection in a silver suitcase - it dates to the 1980s. 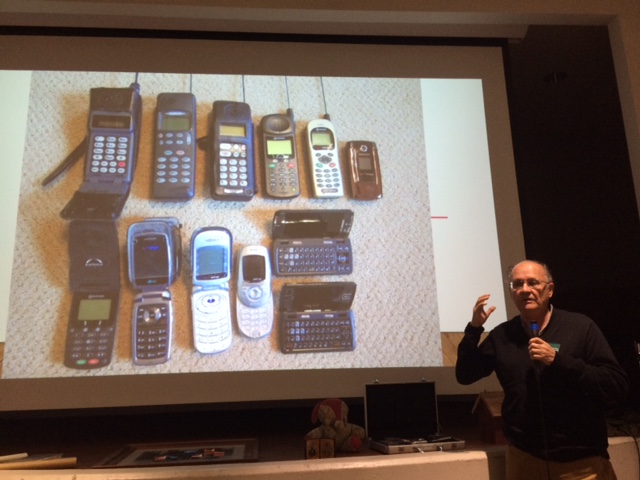 9)  Bobbie Lane reminisced about the old family farm in Lake County, Illinois. One of her souvenirs is a birdhouse made from the wood of the 1902 barn; and she is so fortunate to have a 1995 video recording of her brother walking around the property, filming and recording family memories. 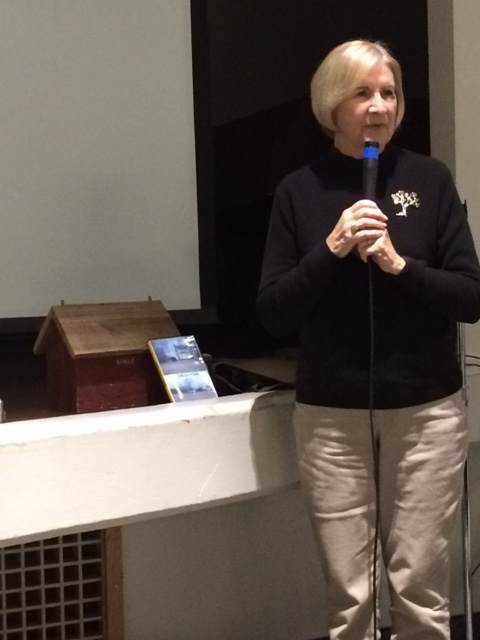 10)  Susan Zimmer's treasure was her father’s WW II army uniform from when he was stationed in Australia and New Guinea. She also showed off an authentic boomerang, which she no longer is able to master. 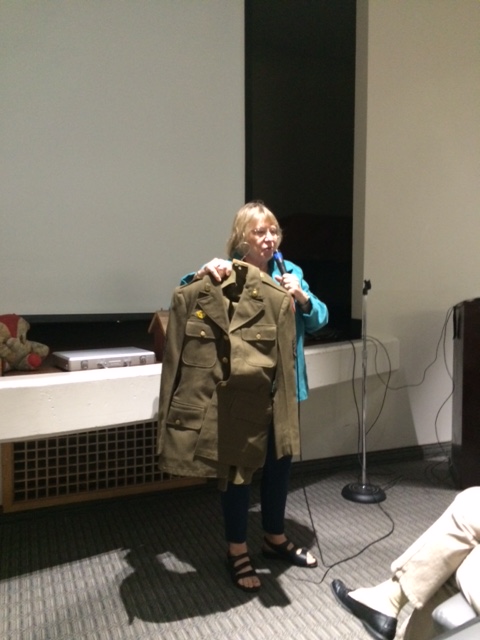 The stories about the treasures were as interesting as the heirlooms were.  This was a fun program, and may become an annual event at CVGS.