CVGS workshop on Saturday, March 2: "Learning How To Blog"

The next CVGS Workshop will be on Saturday, 2 March at 10 noon until 1 p.m. at the Bonita-Sunnyside Library (4375 Bonita Road) in the Community Room.

The workshop will be led by Susi Pentico on the topic of “Learning How to Blog.” This was asked for at the last CVGS Workshop by the attendees. We will talk about blogs, but many have no clue of what they are in relationship to our research, sharing and storage of data.

A blog reaches out to more people to help locate answers for a Brick Wall problem. You can use it for just a longer query post on a difficult name, or to share data with others for them to add to what you have. Blogs have many uses for genealogists. You can bring your own laptop computer to start your own blog.
Posted by Randy at 4:33 PM No comments:

“Tracing the Origins of Early 18th Century Palatine and Other Emigrants” 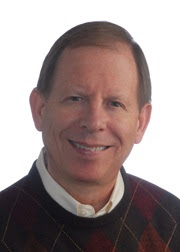 This talk is an outgrowth of Hank's forty-plus years experience in chronicling those hearty German "Palatine" emigrants who came to colonial America in the 18th century.

Every genealogist wants to find his or her forebear overseas in their ancestral home. This talk is a lively discussion of how to accomplish this. A close examination of important American emigration sources is made. Suggestions are given as to which sources are the best, and which should be viewed with suspicion. Emphasis is given to doing one's American homework first before plunging overseas to look for ancestors.

Absolutely crucial to this discussion is the fact that "They Came Together: They Stayed Together!" Group emigration is stressed, and suggestions made as to just how to look for "clusters" of emigrating settlers. Sponsors at baptisms, witnesses to wills and deeds, and names on unalphabetized lists are all examined as to clues for origins.

Methodology used in writing the two volume set The Palatine Families of New York - 1710 is described. Over 600 of the 847 Palatine arrivals in colonial New York in 1710 were found overseas via ongoing German village-to-village investigations, as well as over 1500 later arrivals in the second wave of emigration 1717-1776: we look at how this was accomplished, and suggestions are made for others who wish to utilize these methods in discovering ancestral origins – no matter what ethnic background or time-frame.

Henry Z ("Hank") Jones, Jr. has been actively climbing family trees since the age of eight, and, since his graduation from Stanford, has specialized in tracing 18th century German emigrants. Hank has written several books and many articles over the years.  He received the NGS Award of Merit for "Distinguished Work in Genealogy" and has been elected a Fellow of the American Society of Genealogists, of whom there are only fifty.

There will be a short business meeting before the presentations.  Finger food and snacks are available before and after the meeting.

Guests and visitors are welcome at all CVGS meetings.  If this program interests you, please attend and enjoy the presentation and the society members.

Norman Park Center in Chula Vista is offering a Beginners Workshop to those who register at the Center, for a fee ($22 CV residents, $28 otherwise), starting  on Monday, March 4, from 9 am to Noon. The class runs four Mondays - March 4th, 11th, 18th and 25th.

CVGS Member Susi Pentico will be the instructor for the first two classes and CVGS Staff will finish the course.  The 25th is a review of what was taught on the first three Mondays.

Come learn how much fun doing Genealogy is and how you learn about yourself and family.

We had 12 attendees at the 13 February 2013 meeting of the Chula Vista Genealogical Society Research Group, which met in the library Auditorium.

In the first hour, Randy discussed the Find A Grave website, how to navigate in the New York Land Records on FamilySearch, looked at his Ancestry DNA autosomal test results, and provided attendees a look at the FamilySearch Family Tree, including the known problems of duplicate persons and multiple sets of parents.

In the second hour, the attendees shared what they have been doing recently, and brought up questions or problems from their research:

*  Shirley has browsed the New York Land and Probate collections on FamilySearch, but has not found much for her New York families.  She has been corresponding with another Wright researcher who insists that his William Wright is also Shirley's William, and that Shirley should change her online family tree.  Shirley has evidence convincing to her that this should not be done.  She also asked "Why do people do DNA tests without posting a family tree?"  Great question!

*  Susi has been looking at New York and  Pennsylvania probate records on FamilySearch, and has found some of her families in guardianships that name the parents and the guardian, but don't name the children involved for some reason.

*  Mary Lou was cleaning up her garage and found a storage box with Civil War era trading cards with soldiers photos, including signatures.  The names are from her 2nd-great-grandfather's regiment from Livingston County, N.Y.  She wants to share these with descendants if possible, and would love to find one that her ancestor traded to someone else.  She wondered what she should do.  The group suggested posting on the surname and county mailing lists on Rootsweb and Genforum, and to look for a GAR post in Livingston County that might be able to help.

*  Caroline was a guest who found Susi's blog online and came to the meeting.

*  Kitty has been making autosomal DNA cousin contacts.  One cousin is going to Ireland to take pictures of homesteads and towns there.

*  Joanna has been finding lots of ancestors, and their records, with John's help on Wednesday mornings.

*  Gary has dropped his Roff in New York research for now, and is focusing on his Blay line, which lived in Canada.  He also asked where he can find Revolutionary War records.  The group suggested the Ancestry and FamilySearch record collections, the complete Pension and Bounty Land Warrant files on Fold3, and the DAR website.

*  John is working on his Civil War veterans, and has found a descendant of a soldier in the same regiment.

*  Sam is working a lot in Find A Grave finding burial locations of his relatives.  He asked if there was a "master list" of resources to check to make as complete a search as possible.  Randy promised to send him one for both traditional and online resources.
Posted by Randy at 11:28 AM No comments:

CVGS Newsletter for February 2013 is Available

The February 2013 issue of the Chula Vista Genealogical Society Newsletter was published this  week.  You can read it online, in a PDF format - use the Newsletter link at www.CVGenealogy.org

page 5 - “Stories of Our Veterans” Project
page 6 - “mtDNA Proves Richard III Skeleton is Found”
page 7 - “How Fast Could You Travel Across the USA?”
page 8 - Genealogy News for January

The January 30th program meeting of the Chula Vista Genealogical Society featured L.A. "Butch" Hibben on the subject of "Creating Your Life's Story."

Butch enthusiastically described his "Living Legacy Project" using examples from the www.LegacyStories.org website.  The project goals are to:

This can be done by one person, a family historian, or a number of family members.  Butch noted that thousands of world War II veterans are dying each week, and many of their stories are not being recorded.  Now is the time to record your family stories.  Help grow your family history and leave a legacy.

Butch noted that their are problems with oral histories, since some stories are wrong, and should be considered subjective at best.  Interviewing persons who lived their own family history provides valuable clues for further searching, provides a sense of the humanity of the interviewee, and connects the interviewer to the interviewee.

If this interests you, go to the www.LegacyStories.org website and register for free, then add photos, stories, audio and video to your page on the site.  You can make your information public or private, and can invite family members to see your photos and hear your memories, and also share their photos and memories with you and other family members.
Posted by Randy at 1:15 PM No comments:

The featured speaker for this event is CeCe Moore on the theme of "Do Your Genes Fit? Discover Your DNA."

Do you want to know all about DNA genetic testing and how it can help you learn about your ancestors?  Mark your calendars for March 30th, 2013. CVGS will present renowned genetic genealogist CeCe Moore for a lively and informative day-long seminar. We'll learn about the various DNA tests available, how to read and understand the results and how they'll apply to researching our family trees.

You are encouraged to take advantage of 23andMe's spectacular $99 deal for the genetic test and to bring your test results to the seminar so CeCe can help you interpret them. But do it soon - the results will take at least 3 weeks to return to you.