Donie Nelson has been researching her Swedish/English/Scots-Irish/ Spanish heritage since 1979. For over 30 years Donie worked in the entertainment industry developing motion pictures and television projects and she brings this knowledge of storytelling to her work as a consultant who assists researchers with editing, writing and publishing their family histories. 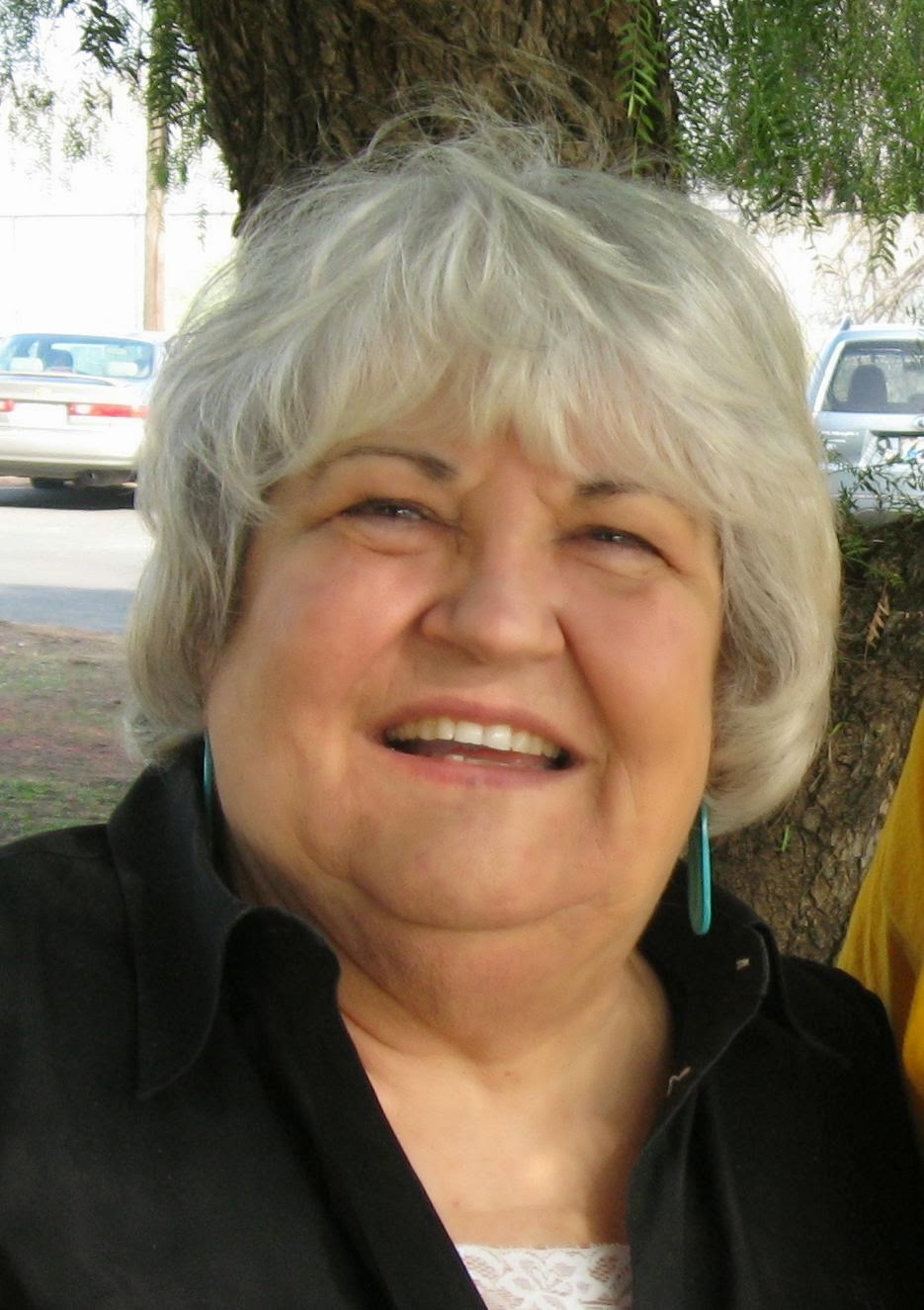 Donie created a monthly genealogical workshop program entitled Genealogy Garage which is held monthly in the History & Genealogy Dept. of the LAPL. More than 350 researchers attend this workshop annually.

She is currently the editor of a national quarterly journal for Hispanic researchers and specializes in establishing outreach programs for genealogical societies—to date she has established four monthly research programs in Los Angeles and San Diego counties.

John Finch has planned a Research Trip to the FamilySearch Library in Mission Valley (4195 Camino del Rio South, San Diego) on April 22nd, 10:30 a.m. - 2 p.m.  We are leaving just a little later to give them a little margin of time to prepare.

There will be a carpool leaving from the downtown Chula Vista parking structure (second floor, midway between the two entrances) just after 10 a.m.

Please contact John Finch at jan27@cox.net to get on the carpool list.
Posted by Randy at 3:55 PM No comments:

The April 2015 issue of the Chula Vista Genealogical Society (CVGS) Newsletter was published last week.
Society Members can read it online, in a PDF format - use the "Members" link (roll over "Members," and click on "Newsletters") at www.CVGenealogy.org.
Non-members can read CVGS Newsletters two months after publication, per Board of Directors direction (on www.cvgenealogy.org, roll over "News" and click on "Newsletters").
The Table of Contents lists:

page 3 -- Lemon Grove Research Group News
page 3 -- Save the Date: June 27th for Picnic
page 3 -- Dorothy Alvord Passed Away
page 4 -- Who Do You Think You Are? Information
page 4 -- Research Trip to FamilySearch Library on 4/22

There were 20 attendees at the CVGS Research Group on 8 April 2015.

In the first hour, Randy discussed and demonstrated:

*  AncestryDNA "New Ancestor Discoveries" - Ancestry claims that "You don't need to research records or build a family tree -- AncestryDNA now transports you to the past."  Um, really?

*  Chronicling America newspapers (http://chroniclingamerica.loc.gov) is a FREE website with historical newspapers from 1835 to 1922 at the Library of Congress, searchable by keywords, date ranges, etc.  There is also a listing of all of the newspapers ever published in the United States from 1690 to recent times.

The second hour was devoted to answering questions, discussing research problems, and telling about research successes.

*  Tameron's uncle was kicked out of the Los Angeles Police Department in 1938.  She wants to find out why.  She has family information, but no death date.  She found his wife in the 1940 U.S. census living without him.  A search in the California Death Index found he died in 1941 in Los Angeles.  With the date, Tameron can look for more newspaper articles and perhaps an obituary for him.

*  Jean wanted to know how to sync her Family Tree Maker database with an Ancestry Member Tree.  The FTM Knowledge Base has explicit directions.

*  Lorrie's ancestor was Isaac Stallings (1810-1893), migrating from North Carolina to Indiana to Iowa.  We found his Find A Grave memorial, and Ancestry.com had a number of Suggested Records for him.  But she doesn't have a subscription - we recommended using the computers at the FamilySearch Library in Mission Valley, or San Diego City and County public libraries.

*  Virginia found a newspaper article with the 1911 marriage of her ancestors on MyHeritage.

*  Diane G. shared her poster of her ancestor "Don Martin Casillas" who was a Spanish architect who built cathedrals in 16th century Spain and Mexico.  She likes the MyHeritage smart matches because she can contact other researchers.  Diane has done autosomal DNA tests on 23andMe for her four sons - the results say two are Britain/Ireland, one is Iberia, and one is French/German.

The next Research Group meeting will be Wednesday, 13 May 2015, at 12 noon in the Conference Room at the Chula Vista Civic Center Branch Library.