The July 1st Saturday Workshop will be from 1 p.m. to 4 p.m. in the Community Room at the Bonita-Sunnyside Library (4375 Bonita Road).

The subject will be “Paper or Plastic? Preserving Keepsakes Workshop" presented by Denise Levenick via DVD.

Come early to connect your laptops to the Library wi-fi.  This event is free for all to attend.
Posted by Randy at 11:41 AM No comments: 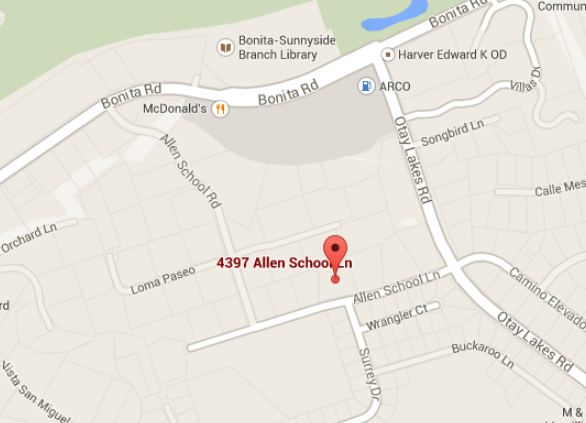 The theme this year is “Share a picture of your oldest ancestor and tell their story.” You can bring a picture, a painting, a sculpture or an image from the internet. It will be fun hearing all the different stories. I wonder who will have the oldest ancestor?

The hamburgers, hot dogs and bratwurst sausages will be provided by the Society. Also the buns, plates, napkins, utensils and water. Please bring a favorite dish to share with everyone. Call Ana Castro (619-781-8441) if you have any questions. Please register on the CVGS website (www.cvgenealogy.org on the Events tab to attend).

If you haven’t already paid your $5.00 per person on the website, please be sure to bring it the day of the picnic.

*  The SCGS Genealogy Jamboree classes, exhibit hall, syllabus, online videos and his own photographs.  The blog compendium with articles and photos is at  http://www.geneamusings.com/2017/06/scgs-genealogy-jamboree-2017-blog.html

*  A Find A Grave request for a gravestone photo of 2nd great-grandmother Sarah Auble (1818-1904) was fulfilled in Bushnell, Illinois.

*  Family Tree Maker 2017 (including FamilySync with Ancestry) and RootsMagic 7.0.4 (with Ancestry sync and search features) still are not released.

*  He had a contact from a 4th cousin on his Auble line who found his descendant's report on Scribd.com.

In the second hour, the group discussed:

*  Karen Y. is going through a box of her father's family papers and letters, and found a note by her great-aunt about a relative buried in Mount Hope Cemetery in San Diego.  She went to the cemetery, reviewed the grave register, and figured out the relationship with the relative.

*  Diane noted that the theme for the upcoming CVGS Family History Day on 30 September is "Coming to America."

*  Ralph had a 23andMe contact with his wife's 6th cousin, which added several generations to her family tree.

*  Helen found that her cousin's wife had done a book on their Irish Dell surname.  Some lines are correct with lots of records, others not so good.

*  Karen S. has DNA matches on 23andMe, and tried to share data on 23andMe.  They went to email and shared Ancestry Member Tree information.

*  Jane had a DNA contact on her Leonard line.  She watched some of the SCGS Jamboree livestream presentations.  She asked where to obtain Coroner's records.  The group said there are a few online, but contacting the county coroner or medical examiner offices should determine record availability.

*  Gary wondered why some Ancestry Member Trees have deceased persons listed as "private," even back 5 generations or more.  The group suggested that the submitters don't want information to be available to others.

The next CVGS Research Group will be on Wednesday, 12 July 2017 at 12 noon in the Auditorium of the Chula Vista Civic Center Branch Library (365 F Street, Chula Vista CA 91910).

The June 2017 CVGS Newsletter was emailed to the membership and mailed to those members without email.
The Newslrtter Table of Contents is:
page 1 -- June 28th Annual Picnicpage 2 -- President’s Message
page 2 -- Membership Address Changes page 2 -- Member Services
page 2 -- Register for Meetings on CVGS Website

page 7 -- Genealogy News for May 2017page 8 -- CVGS Family History Daypage 9 -- CVGS Society Informationpage 9 -- San Diego Area Genealogy Eventspage 10 -- Genealogy Days in Chula VistaSociety Members can read the newsletter online, in a PDF format - use the "Members" link (roll over "Members," and click on "Newsletters") at www.CVGenealogy.org.  Non-members can read CVGS Newsletters two months after publication, per Board of Directors direction (on
www.CVgenealogy.org, roll your mouse over "News" and click on "Newsletters").

Patricia Kutch Beatty was the program speaker at the CVGS General Meeting on Wednesday, 31 May 2017, with 28 in attendance.  To support her presentation, she displayed a series of photograph boards on the stage along with Disney and Native-American artifacts and ephemera.

Patti's story begins with her birth in 1943 in San Diego, where her father (a Native-American from Idaho) was in the U.S. Coast Guard during World War II.  They moved into military housing on Hilltop Circle (about where Hilltop Middle School is today, on the southeast corner of Hilltop Drive and J Street).  When she was four years old, Patti contracted rheumatic fever, and after she recovered her family put her in a dancing school to provide physical activity.  She also learned how to ride horses and appeared in shows and rodeos.

In 1955, Walt Disney was looking for young teenage boys and girls who could sing, dance and ride horses to appear as Mouseketeers on the new Mickey Mouse Club TV show, and to support the opening of Disneyland in Anaheim.  Patti applied and was one of the first 30 to be accepted and she worked on the show and at Disneyland for two years.  This was a wonderful experience for Patti, and she has stayed in touch with the group through reunions over the years.  From this, Patti has many artifacts, ephemera, and photographs that were displayed on the photo boards, including a star on the Disney Walk of Fame.

In 1957, she was in the Fiesta de la Luna parade in Chula Vista.  She went on to attend San Diego City College, where she met her husband,  and San Diego State University.  Over the years, Patti performed in the Starlight Opera and Old Globe.  She worked for 30 years with the Fairest of the Fair beauty contest for the San Diego County Fair.  In addition, she was a dance teacher and a photographer.  For the 50th anniversary of her Mouseketeer experience, she was interviewed by Ted Leitner on his radio show about her life.

The second part of her presentation was about Patti's family history.  Her father was the oldest of 11 children, and her mother was the oldest of 14 children, both from the Pocatello, Idaho area.  Consequently, Patti and her brother had 37 first cousins.  The family spent many summers on the Shoshoni Indian reservation near Pocatello, and she learned about all of the family stories and oral history of her father's tribe.

In San Diego, Patti studied genealogy with Kathleen Lund, and was able to fill out family group sheets and pedigree charts, and write down the family stories of her parents and their families.  The result of this is her book Feathers in the Wind: A Family History About The Descendants of Thomas LaVatta and Tilford Kutch which provides the family history of all of those cousins and their ancestors and descendants, with photographs, record images, and genealogy reports.  Many of the photographs had never been seen by the family members.  The cover of the book is of the Idaho sky with clouds reflecting the sun and tepees on the ground.

Many attendees reviewed the photographs and artifacts on Patti's photo boards and the stage, and several bought a copy of her book.  This was an interesting autobiography of a successful life along with the family history aspect.